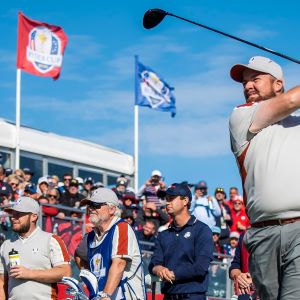 The Ryder Cup (officially the Ryder Cup Matches) is a biennial golf competition between teams from Europe and the United States. The competition is jointly administered by the PGA of America and the PGA European tour with the venue alternating between courses in the United States and Europe. With the exception of Spain in 1997 and Ireland in 2006, all European tournaments have been held in the UK. The Ryder Cup is also the name of the trophy, after the person who donated it, Samuel Ryder. The Ryder Cup, and its counterpart the Presidents Cup, are unique in the world of golf, and possibly professional sports. Despite being high-profile events which bring in tens of millions of dollars in TV and sponsorship, the players receive no prize money and compete purely for the victory.